Capitalism plays big role in freedom of today’s world. People are free to pursue their capitalistic dreams and earn in billions.

In this short blog post, let’s notice a trade-off between freedom and equality, how freedom to do anything increases inequality between rich and poor or top 1% and bottom 99%.

Freedom and equality are sworn and everlasting enemies, and when one prevails the other dies. -Will and Ariel Durant in “The Lessons of History”

In a free and open market where you can build anything they want, serve billions of customers, make a massive positive impact on the world and in return, society will reward you with hundreds of billions of dollars.

When a society gives freedom to the market, progress is maximized. The United States is the best case study for this. In 250 years, the US went from farming to the largest economy on the planet. The more freedom you provide, the more innovation and more entrepreneurship there is.

Progress takes everyone forward. Now, a problem with progress is, it’s almost always asymmetric. Meaning, some handful of people will end-up far more ahead than an average person. Unlike, a socialist society with comparatively less freedom & economic incentives, where everyone moves forward but they don’t make as much progress.

So, more freedom drives more progress, but less equality overtime. Even though everyone is further ahead than they started 200 years ago, 100 years ago or even 10 years ago. Everyone will be living a better life, but some people(i.e. Entrepreneurs and business mens) who started those businesses will get much further ahead than an average person.

So, in a democracy, there’s always a tension between freedom and quality. And the winner is decided in the elections, where people decide what their democracy should vote for.

In other words, freedom produces prosperity. And prosperity does produce some inequality. People like Elon Musk and Jeff Bezos are super producers of progress and innovation. And in return they are rewarded by society.

Which is better than the other is debatable. Some people believe there should not be any billionaires, and some believe capitalism is necessary to drive innovation & grow as a society.

It’s truly an interesting and worth noticing trade-off. 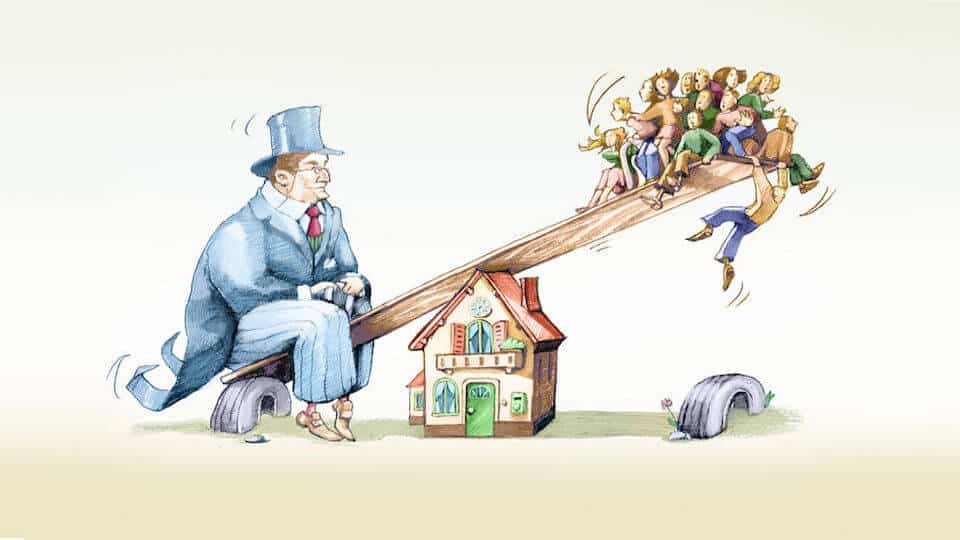 I came around this trade-off from the All-In podcast E28. It’s a very good podcast about business & innovation where 4 multi-millionaire besties discuss their thoughts.